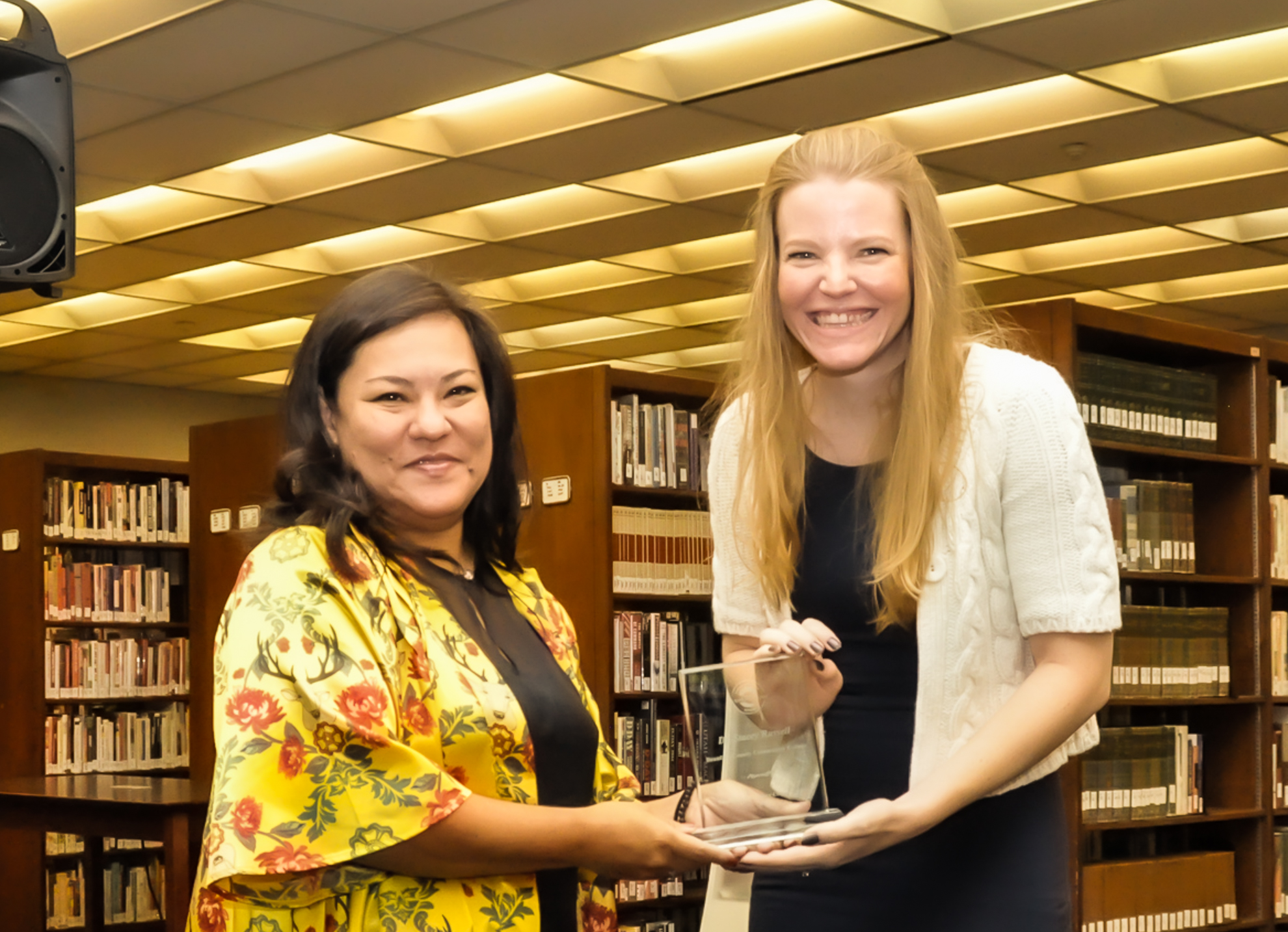 Dr. Stacey Russell, music professor at Beaufort County Community College, earned her second award for excellence in online instruction. Her course “Introduction to Jazz” was honored through Blackboard’s Exemplary Course Program (ECP). Five BCCC courses have now achieved the award, putting its online instruction ahead of all other colleges and universities in North Carolina.

“The first one lit a fire under me about designing my course, and to do it well,” said Russell about her first ECP-certified course. “It shows your students you care. If it’s structured well, they can see that you’re putting in the effort, so then they put in the effort. My submissions were a lot better with my awarded course, so I wanted to go through it with my other course.”

Even before the college pushed all instruction online, Russell had been teaching from Morgantown, West Virginia. She had previously taught face-to-face classes at the college before relocating to Morgantown. She returned to campus in 2019 to accept her first Blackboard ECP award in person.

Blackboard is the primary platform for online communication and instruction at BCCC. Most classes had an online component and some classes were entirely online, but now, all instruction at BCCC is taking place on the platform through August. How instructors use it has a significant effect on student success. Russell prefers Blackboard over the other platforms she uses. The award program recognizes faculty from around the world who develop engaging and innovative courses that represent the very best in technology and learning.

“My students have to get used to videoing themselves. At the beginning, they’re not a big fan of that, but by Week 3 they are totally fine with it.”

Russell took her winter break to redesign her course. Part of her inspiration was her own negative experiences with an online class.

“I hated it. My experience was terrible,” she said of the class. “I wasn’t able to budget my time. There was no interaction at all. You just had to get nine papers done by the end of the six months. I didn’t get anything out of it. I didn’t know who my teacher was. I never interacted with my classmates.”

Certification through Blackboard’s ECP is part of a larger initiative at BCCC to make online education a valuable option for students. The college has a dedicated Blackboard administrator, Kate Purvis, who ensures that online classes run smoothly. Russell said Purvis helped with her success. "I have the most help and interaction at Beaufort– that's where the spark and desire to improve experiences for the students takes place. I think Beaufort is definitely leading the curve on that."

For 17 years, the ECP has recognized faculty and course designers whose courses demonstrate best practices. Since its founding, thousands of instructors, teachers and designers have used the ECP to evaluate and improve their courses with recognized best practices. To be considered for the honor, applicants must be a user of the Blackboard Learn learning management system. Submitted courses are evaluated by other course developers, instructional designers, teachers and professors using the ECP Rubric.

“It takes putting yourself out there and trying silly things. You’re used to doing that as a teacher in the classroom to engage them,” Russell said. “I send out announcements every week to remind them of assignments they have due that I start off with a really dumb joke. It’s supposed to be an eye-roller, but almost all of my students commented about how much they enjoyed reading that joke every week. It’s something silly like that shows them that you are putting in the added effort, that you care.”

Russell’s award-winning “Music Appreciation” class is just one of the many online classes BCCC has to offer this summer.

BCCC Board of Trustees Personnel Committee Meeting on June 29