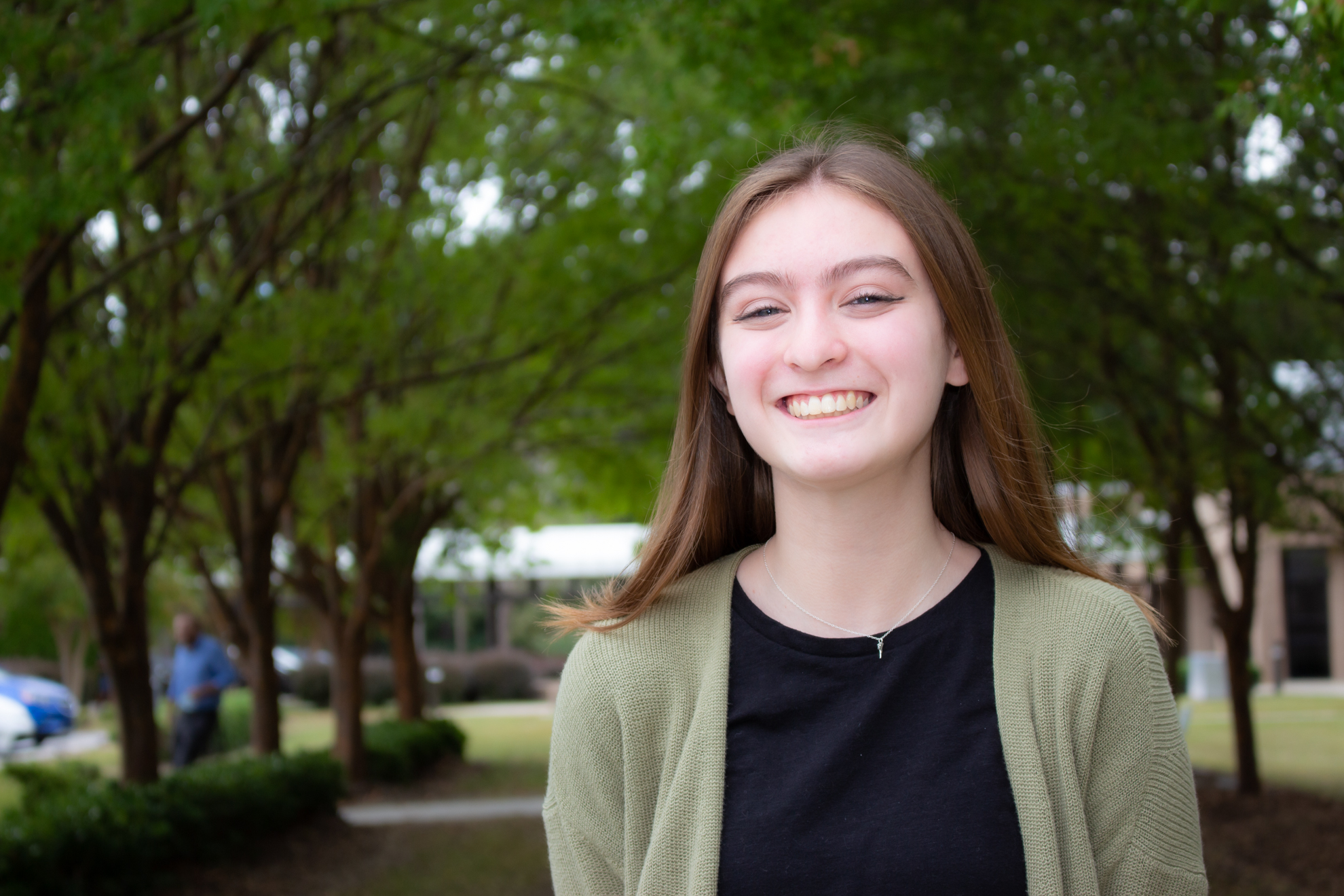 No matter what the future drops for the music industry, Beaufort County Early College High School student Molly Avery is listening for what comes next.

The next hit in music: Molly Avery

The music industry has seen disruptions and upheavals over the last few decades as streaming has replaced both downloads and buying physical copies such as CDs, but through these changes, consumers still look to music journalists to direct them to new sounds. Beaufort County Early College High School senior Molly Avery plans to earn a Bachelor of Arts in Communication from the University of North Carolina in Wilmington to write about her hot takes on the next thing in music.

“I just grew up loving music,” says Avery. “I love hearing new things that are coming out. I’ve always been passionate about that, and I love writing. I’ve always been that English kid that gets A’s. I just love to write, so that combines the two.”

She spent her first concert on her father’s shoulders, listening to TobyMac at age four, singing every word to every song. Her mother was a music teacher at the time. Avery plays guitar, flute, and ukulele.

As a child, she would write stories instead of watching television. Through the positive reinforcement of her writing through the early college, she started to see that what she did as a passion could become a career.

Reflecting on her first taste of music, she says, “I vividly remember listening to Fearless by Taylor Swift. My mom burned me a CD of some of the songs, and I listened to it on my radio in first grade, and I thought she was the greatest thing ever. And still, she re-released her album, and it was reminiscent of my childhood. I felt the songs coming back. I remembered the words.”

She appreciates that Swift is constantly evolving. “She doesn’t like to stay contained in one box,” she says. “That’s what makes her so appealing. People don’t know what to expect. Plus, her songwriting is great. I’ve learned so many new words from her.”

Avery wants to work for an online music magazine so she is not anchored to one place.

“I really like indie artists who you’ve never heard of them, and they’re doing their own thing. Watching them grow, or go from nobodies to everybody knows them. I was listening to Conan Gray in middle school. He started out as a YouTuber dabbling in music, and he just announced his world tour today.”

Platforms such as YouTube and TikTok have changed how musicians becoming popular. The two platforms can offer a route for musicians like Lil Nas X to succeed by skipping record companies in the initial phases of their careers. This comes with downsides though, as some popular­–though musically untalented–TikTok creators are offered music contracts, while other talented artists are overlooked.

“You turn on the radio and it’s all of these TikTok songs, that people only know 12 seconds of,” she says of the trend. “Artists are feeling pressured to make a trendy hook that will get people going, but it’s not as genuine, because it’s not what they want to put out.”

Avery understands that the music industry is a precarious occupation.

“I’d have to think about what would be the safest route,” she says. “It’s still a dangerous way to go. You have to remember that it’s not going to be smooth sailing at all times, but I think that’s part of the appeal as well. I don’t want a boring job.”

The pandemic was a good reminder that nothing is certain. Avery has tickets to see Shawn Mendes in July, her first live concert in the two years since the pandemic hit. Her degree, her talents, and her passion will mean that no matter what the future drops, she is listening for what comes next.