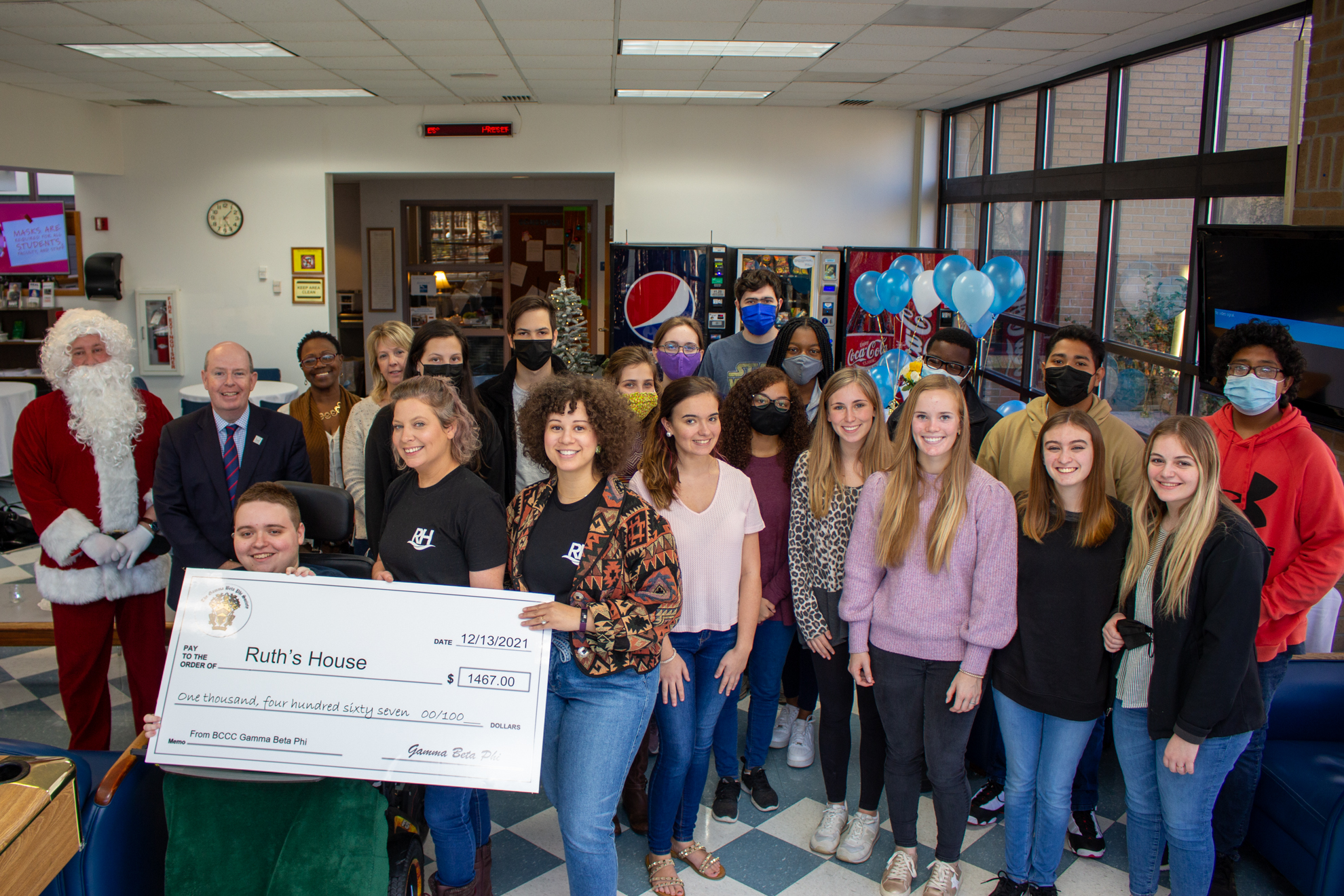 Gamma Beta Phi, Beaufort County Community College’s honor society, raised $1467 for Ruth’s House, a local organization offering shelter to those fleeing domestic violence and offering counseling and court advocacy for those individuals. Students solicited donations of prizes from local businesses and raffled off packages of gift certificates and gift cards. Every year, Gamma Beta Phi chooses organizations to support through its philanthropy. This year the group chose to hold a series of three fundraisers throughout the academic year to support Ruth’s House.

Ruth's House has provided shelter for 45 people, served 76 individuals over the last year and helped six families celebrate Christmas this year. Gamma Beta Phi will continue supporting Ruth's House in the spring through two additional fundraisers, including a gala for high school and college students at the Washington Civic Center on February 25 and a jambalaya plate fundraiser.

“Thank you so much to Gamma Beta Phi for taking on Ruth's House as the recipient of its fundraising,” said Valerie Kines, Executive Director of Ruth’s House. “We are so grateful for their commitment and generosity for domestic abuse survivors.”

In 2021, Ruth’s House received over 100 calls to its hotline, provided counseling to 105 individuals, referred 120 individuals to additional services, and filed 15 protection orders.

“On behalf of Gamma Beta Phi, I would like to say how proud I am of all our members who were so involved in this fundraiser,” said Morgan Eisenzimmer, Gamma Beta Phi’s Chapter President. “It feels great to be able to contribute to such an amazing organization. We would like to thank Ruth's House for everything they do for our community and are delighted to be partnered with them this year!”

In the past, Gamma Beta Phi has raised funds for the Adopt-a-Senior, ARC of Beaufort County, Open Door Community Center and Zion Men’s Shelter and Kitchen.

Members of Gamma Beta Phi must be presently enrolled at BCCC and committed to excellence in education, to good character and to service. They must have completed 12 or more semester hours of college work and pay the one-time national membership fee of $70.00 along with local dues of $12.50 per semester. Members cannot have their grades drop below a GPA of 3.2 and must have a GPA of 3.5 to be join.

Class of 2022 Nursing Students Celebrate with Families and Friends