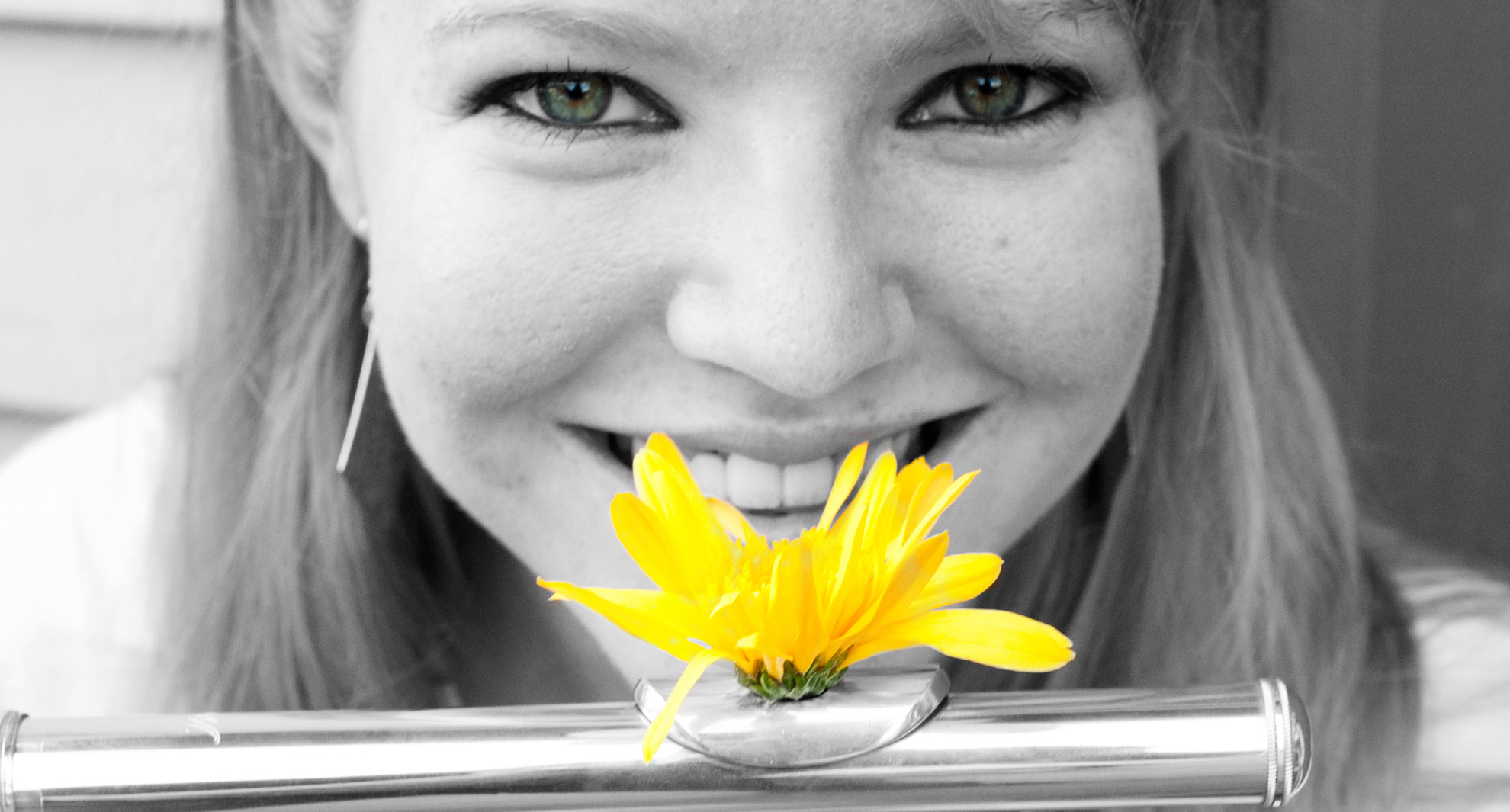 An Unconventional Flute at a National Convention

It sounds like a trumpet, only it’s not. Depending on the objects she adds to her flute, Beaufort County Community College music instructor Stacey Russell can make is sound closer to other wind instruments, but often the sounds are more experimental, sometimes harsh, sometimes spooky. Russell specializes in prepared flute, the practice of adding objects such as cork, rice paper, erasers, balloons, thimbles, water or electrical tape to different parts of a flute to elicit a variety of intonations and distortions. After winning the National Flute Association’s Graduate Research Competition, Russell presented her dissertation, titled The Prepared Flute: A Survey of its History, Techniques, and Repertoire at the association’s annual convention in Minneapolis.

Prepared piano was the first instrument musicians experimented in the 1960s by adding objects to transform sounds. John Cage popularized the style. Russell looked around and found very little in the way of prepared flute.

“I was researching the topic, but I couldn’t find a lot on it,” recollects Russell. She realized that it was an untapped field.

The style involves thinking through the physical properties of her added objects. She will place a balloon at the end of the flute, and play until it pops. She places beads inside of the flute to create a sound like a rain stick. She adds the objects to parts such as the mouthpiece or inside the body.

While at the convention, Russell also conducted a flute choir. It was her first time doing so at a national convention. She rehearsed with the choir for two days.

Russell teaches Intro to Jazz and Music Appreciation at the college. BCCC brought her on as their full-time music instructor this summer, but she had previously taught classes at the college. Russell taught music at University of South Carolina-Aiken before joining BCCC. Her goal is to try getting students to play music by the end of the semester. They may come in hating it, but she wants them to gain an appreciation for different styles.

“We spend time deconstructing the contemporary music that they listen to, and placing it into a context of musical movements,” she said.

While most of her students will not become musicians, the classes will get them to think critically about the music they hear around them, to express their unexplored creativity and to experiment and innovate. That experimentation—at times messy, at times noisy—will lead to breakthroughs in any field that her students choose to pursue.